You are here: Home / Commentary / Open Standards and the Enteprise. Mix with care.

Open is the concept of the hour. On the back of Open Source’s triumph -with Linux, Mozilla and the LAMP Web stack ruling the roost- Open has become the talisman to attach to any project to guarantee its success (did OpenOffice start it all?). The latest area to succumb to the Open moniker is the Social Media, where day in day out we hear about the latest Open Standard launch: OpenSocial, OpenID…

This is surely a good thing, isn’t it? The fragmentation of social media goes directly against the spirit of it, and the adoption of interoperability standards for member identification and content sharing surely would enable social media sites to fulfill their lofty missions.

There is an area of uncertainty, though: standards don’t necessarily require being open to succeed – there are plenty of examples from Windows and Office on the PC to Flash on the Web to the DVD on your living room. Also, being open is not sufficient to guarantee standard status: incompatible, competing Open formats exist for anything from OSs (Linux, FreeBSD, OpenSolaris) to office XML-based file formats (Microsoft and OpenOffice are currently embroiled on an interesting battle of their own). Indeed this fragmentation has historically harmed open developments’ mass adoption as standards – therefore I have to suffer Windows XP at work rather than being able to enjoy Linux as I do at home.

That makes me think: what is the arbiter institution behind OpenID? How is OpenSocial going to ensure that it can be developed at pace while avoiding spinoffs, copycats and branches turning into an ecosystem of competing open platforms? Being open is by no means guarantee of success.

I believe that where open standards exist, it is essential for businesses to adopt those standards in order to succeed. However, from my point of views, until those open developments are firmly established as standards, businesses may want to watch their step carefully and rely on traditional closed suppliers’ strengths (support engineers, fixed roadmaps, legally-binding contracts) to guarantee sustainable access working solutions, however inefficient and unexciting those may be.

None of this goes against the grain of Marc Adresseen’s analysis and recommendations: they apply whether the victorious standards are open or closed. Lots of today’s APIs are open only in name: their use tightly regulated by mandatory T&Cs, their development roadmap tightly controlled by the supplier and rarely publicised. Incipient forms of universal ID systems exist with participant numbers orders of magnitude higher than OpenID (Google‘s springs to mind, giving people access to their email, calendar, docs, APIs, their employer’s Web stats…)

Marc Andreessen sees the world through the tinted glasses of his own experience. He played a key role during the browser wars and did very well indeed for himself. However, let’s not forget that the browser he created was itself a casualty to its open source creation; that AOL has never really mattered as an ISP despite many opportunities to monopolise the market; and that despite my day-0 adoption of it as my social network creation service of choice, Ning has also failed to make a splash so far.

Marc’s vision is rarely wrong, yet rarely completely right. I would never recommend ignoring him, yet somehow the fact that he shows such enthusiastic support for an idea stirs my instinct to look even closer for the weak point. I’m not yet convinced there isn’t one. 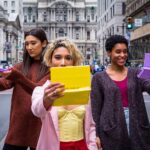 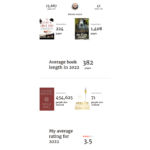